The John Summit remix of ‘Stronger’ sees the Chi-town breakout star turn the track into a house club weapon, pairing a chunky-yet-seductive bassline with Ali Love’s iconic vocals. One of the tracks of 2020, the original has clocked up more than 200,000 YouTube hits and was named as the first ‘Essential New Tune‘ of the decade by BBC Radio 1 tastemaker Pete Tong.

A firm favourite of the US house circuit, John Summit has released on some of the scene’s best loved labels, including Defected, Repopulate Mars and Toolroom. More recently he linked up with Hot Creations co-founder Lee Foss and UK singer-songwriter Hayley May on single ‘Summertime Chi’, and dropped the Beatport chart-topping ‘Deep End‘, a revered club cut that was named Pete Tong‘s ‘Essential New Tune‘ and drew support from BBC Radio 1 tastemakers Annie Mac, Adele Roberts, Danny Howard, Scott Mills and MistaJam.

Kaz James has risen to the upper echelons of the DJ world in recent years, crafting hit singles like the revered ‘Through Your Love’, performing at Burning Man, Ushuaïa Beach Hotel and Miami Music Week and holding down a residency at the legendary Scorpios beach club in Mykonos. ‘Stronger’ marked his first single release of the new decade.

A member of both Hot Natured and Infinity Ink, Ali Love is one of the most respected singer-songwriters in dance music, collaborating with the likes of The Chemical Brothers, Justice and Roisin Murphy as well as releasing on Damian Lazarus’ Crosstown Rebels amongst others.

One of the most exciting up-and-coming artists in the US house scene, John Summit brings a new club energy to an already celebrated track. 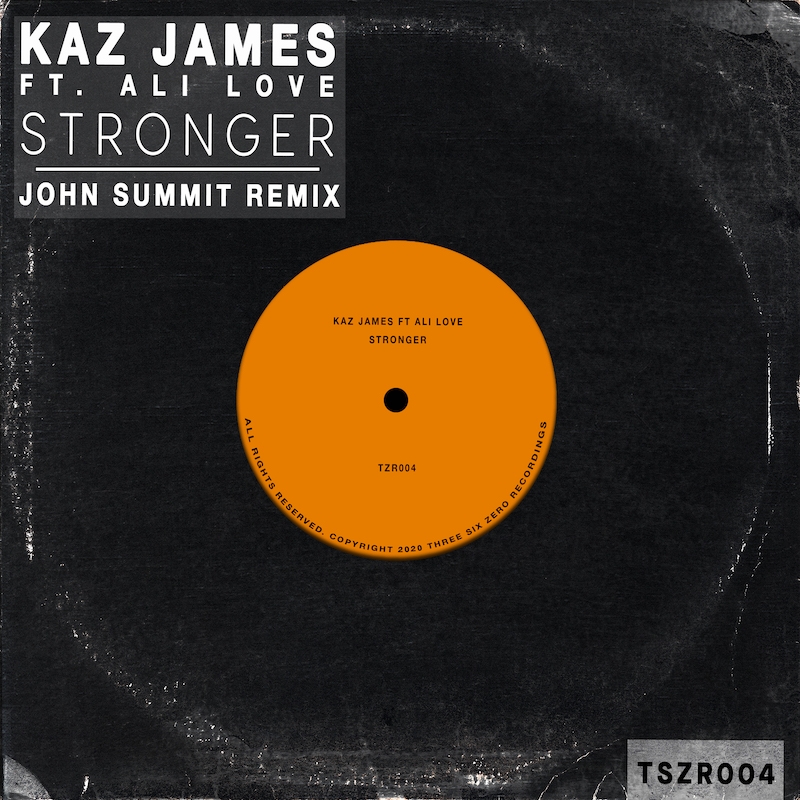