This is the honest truth.

LEE FOSS is someone I’ve admired (ok..fine… he’s been an idol) for quite some time. I mean… he started HOT CREATIONS with JAMIE JONES nonetheless and as if this wasn’t enough, also owns and runs the amazing REPOPULATE MARS. And that’s not to mention the DJ sets i’ve enjoyed of his from Burning Man to LA to Medellin or the plethora of hits he’s given the world, not just as LEE FOSS but also as one part of the amazing HOT NATURED band (is Reverse Sky Diving not one of the best songs ever???)

But I digress… the point is… he’s amazing and we had been chatting about doing a song of his on our beloved CLUB SWEAT and whilst i was extremely excited by the prospect of this happening, (and this is where the honesty really steps in) I was also worried that he would send us one of his b-sides (keeping his fav ones for his labels) and then I would be forced into the undesirable predicament where I would either have to bend our A&R policy of only accepting THE special tunes… or perhaps worse still, say no to a legend.

But as luck would have it, not only did he send us an absolutely amazing tune, he sent us what we at SWEAT are calling, our favourite tune of the year.

NAME OF LOVE is also a collab with FRANKY WAH who is one of the scene’s fastest rising stars and together with the slick af vocals of SPNCR, this demo I was so scared to open has now become what we are sure is a legit future classic.

And the timing couldn’t be better. 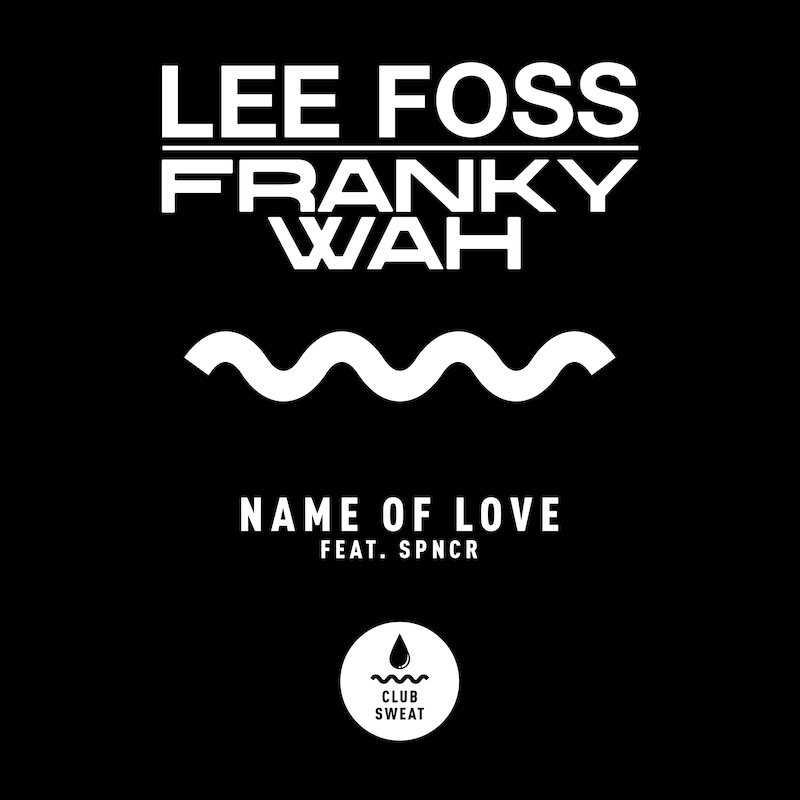