For the third and final remix of deadmau5 & The Neptunes‘ summer smash “Pomegranate,” mau5trap turns to one of the biggest names in dance music and one of the scenes most respected stars–the one and only Carl Cox.

A veteran of acid house and a pioneer of British rave culture embedded deep within the fabric of electronic music history, the undisputed King of Ibiza reveals his upbeat reimagination of “Pomegranate.”

Coming in at over six minutes, the mix travels over many peaks and valleys of production wizardry. Cox ups the tempo adding a wild electro bass, drumtastic top line and sparkly synths keeping Pharrell’s dreamy vocal front and center throughout. The result is a radio-friendly tough house vibe which will easily transfer to the world’s most renowned dancefloors when they eventually return.

“What an amazing opportunity to work with deadmau5 and The Neptunes. Who wouldn’t want to work with them! The original song is amazing–the arrangement, the drive, the bass line. Pharrell’s vocals are all fantastic which made remixing it quite difficult, but I knew my mix had to stand up on its own and I wanted to do something conceptual. I sped it up to 128 bpm to give it that techno feel – I really wanted that power of sound to create something for a festival or club sound system. The chorus lines have this Prodigy-esque sub bass line tones and break beat – and that’s a Carl Cox sound: a good kick, a good break beat, and good bass tones. That mixed with Pharell’s vocals and the sprinkling of The Neptunes and deadmau5‘ vibe – and I’m very proud of it.” (Carl Cox)

Alongside Carl Cox’s remix, mau5trap is also releasing a companion dub version. Other “Pomegranate” remixes out now come from French Original and Ninajirachi. 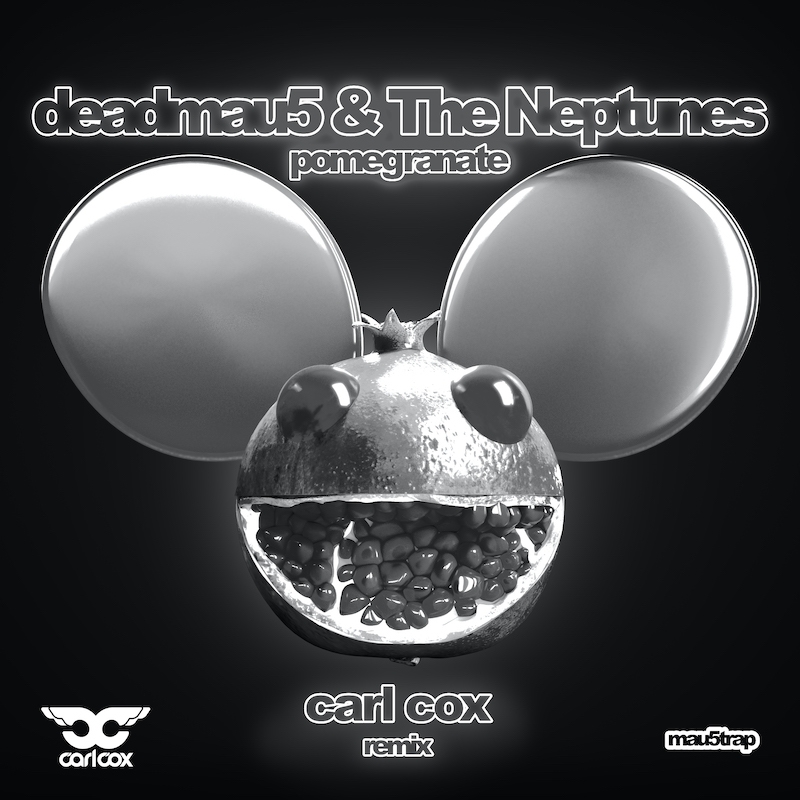