Siedah Garrett‘s 1985 seminal classic ‘Do You Want It Right Now‘ receives an incredible progressive house / melodic techno remix from burgeoning British producer and Stress Records artist BluePrint, which coincides with the original being released on Spotify and Apple Music for the first time.

BluePrint delivers a rolling, hedonistic dancefloor cut, re-working the classic with absolute finesse. Club-ready kicks, super-punchy snares and a driving bassline effortlessly blend together underneath chops of Garrett’s vocals, with sleek piano work floating euphorically around the iconic lyrics. Clearly with production skills way beyond his years, BluePrint offers up an exquisite remix that looks to be a guaranteed dancefloor favourite in 2021.

Most famous for her songwriting credits on Michael Jackson’s ‘Man in The Mirror’, as well as a duet on Jackson’s ‘I Just Can’t Stop Loving You’ and ‘Don’t Look Any Further’ with Dennis Edwards, it’s no surprise that Siedah Garrett‘s long career has cemented her as one the most iconic names from the 80’s. ‘Do You Want It Right Now’ which featured in the 1985 movie ‘Fast Forward’ has been sampled over the years by the likes of Armand Van Helden and covered by Degrees of Motion and this iconic anthem is still considered as one of the game changers during the pivot into the ‘Freestyle’ movement during the 80’s. 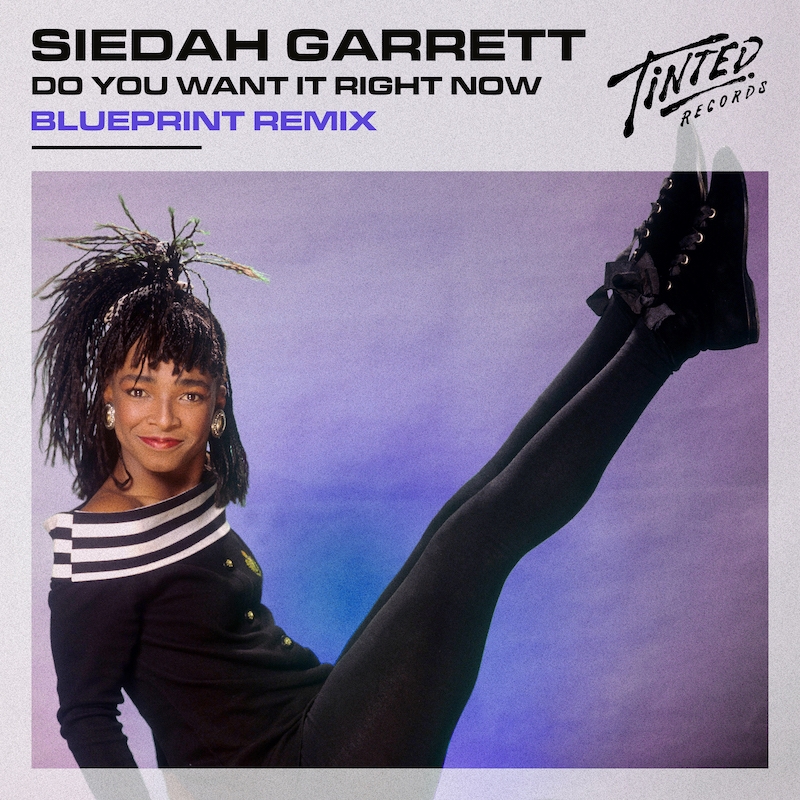