When Glitterbox maestro Simon Marlin, aka The Shapeshifters, reunited with CHIC’s Kimberly Davis to bring us Second Chance, the track gave us the ultimate Studio 54 dancefloor feeling.

Becoming an instant disco anthem, it was playlisted on Radio 2, giving the whole nation a reason to groove. With disco-lovers wanting more, this remix package features a remix from Italian producer Moplen, along with Simon Marlin delivering The Shapeshifters Reprise, putting a new spin on the much loved tune.

Moplen, known for his remixes of house classics, takes on ‘Second Chance’ adding his distinctive drum sounds to the extended remix, crafting a rhythmic disco vibe and making the most of the exquisite strings. The Shapeshifters Reprise delivers a slow and dreamy build up that evolves to funk-filled bass, complimenting Kimberly Davis’ punchy chorus.

With the track’s limitless dancefloor appeal expertly curated by Simon Marlin, expect to hear ‘Second Chance’ at Glitterbox parties and beyond for years to come. 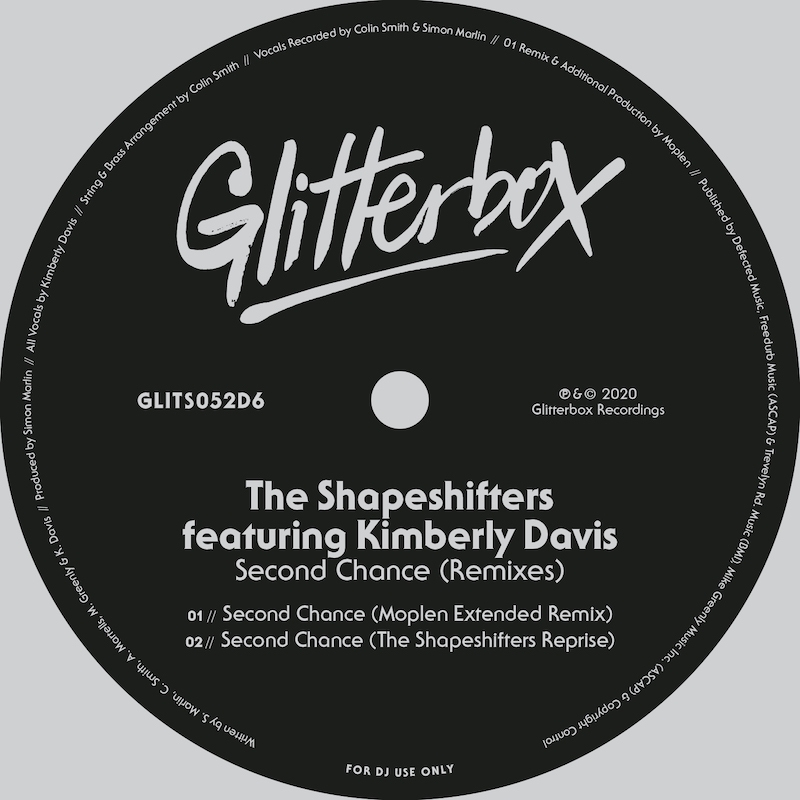