Earlier this year, one of Italy’s brightest dance talents Marco Faraone teamed up with rising star Greeko on ‘Armaghetton‘ for their striking Defected debut.

The confident house cut, complete with a full-throttle bassline and hip-house inspired vocal, was quick to capture the attention of key tastemakers, with support from the likes of Hot Since 82, CamelPhat and BBC Radio 1 specialists Danny Howard, Annie Mac and Pete Tong.

Now Belgian production maestro Aeroplane, aka Vito De Luca, steps up to remix ‘Armaghetton’ on Glitterbox Recordings, offering a mix full of funk-flavoured grooves and luscious instrumentals perfectly suited for disco-leaning selectors. As to be expected from an artist at the top of his game, this glossy, flawlessly executed remix brings a new dimension to a record that is already flying. 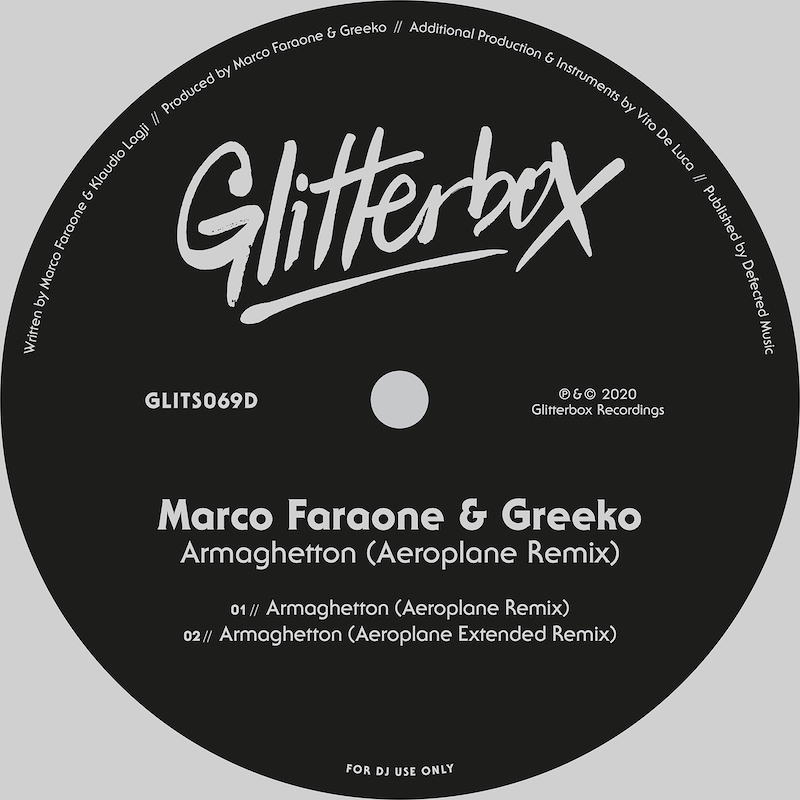