Cerrone, the Godfather of French 70s disco, will release his new album, ‘Cerrone by Cerrone’ on October 14th via Because Music. The album is a celebration of 50th anniversary as an artist by revisiting 16 of his classic tracks and cult favourites, reworked by guest collaborators, and all mixed by Cerrone himself.

“I have had the privilege of being sampled a lot of times throughout the years, and this track means my music now crosses 5 generations, thanks to the many talented artists and producers that have been a part of my work” says Cerrone. “I was immediately seduced by Purple Disco Machines’s work as soon as I first heard it. With this collaboration he succeeded once again in helping spread the spirit of disco.”

“Cerrone is one of my all time musical heroes” says Purple Disco Machine, “so when I wrote to his label to ask to clear a sample from one of his classic productions and they replied “why don’t we do it as a collaboration ?” , it was a no brainer to say yes! I’ve now been able to spend some time with Marc (Cerrone) and he totally disproves the famous quote about “never meet your heroes”, as he’s a wonderful person as well as a music legend”

Cerrone’s career spans over four incredible decades, from his underground output to worldwide chart topping smash hits. He has sold over 30 million records worldwide. His most celebrated works include iconic disco hit ‘Supernature’ from 1977 and the 1976 single ‘Love in C Minor’. He has worked with prominent musicians such as Nile Rodgers, Toto, Laura Branigan, Jocelyn Brown, LaToya Jackson and Axelle Red, and inspired countless acts who have sampled and interpolated his music, including Daft Punk, Modjo, Bob Sinclar, The Beastie Boys, The Avalanches, Groove Armada, Alan Braxe and Run DMC. 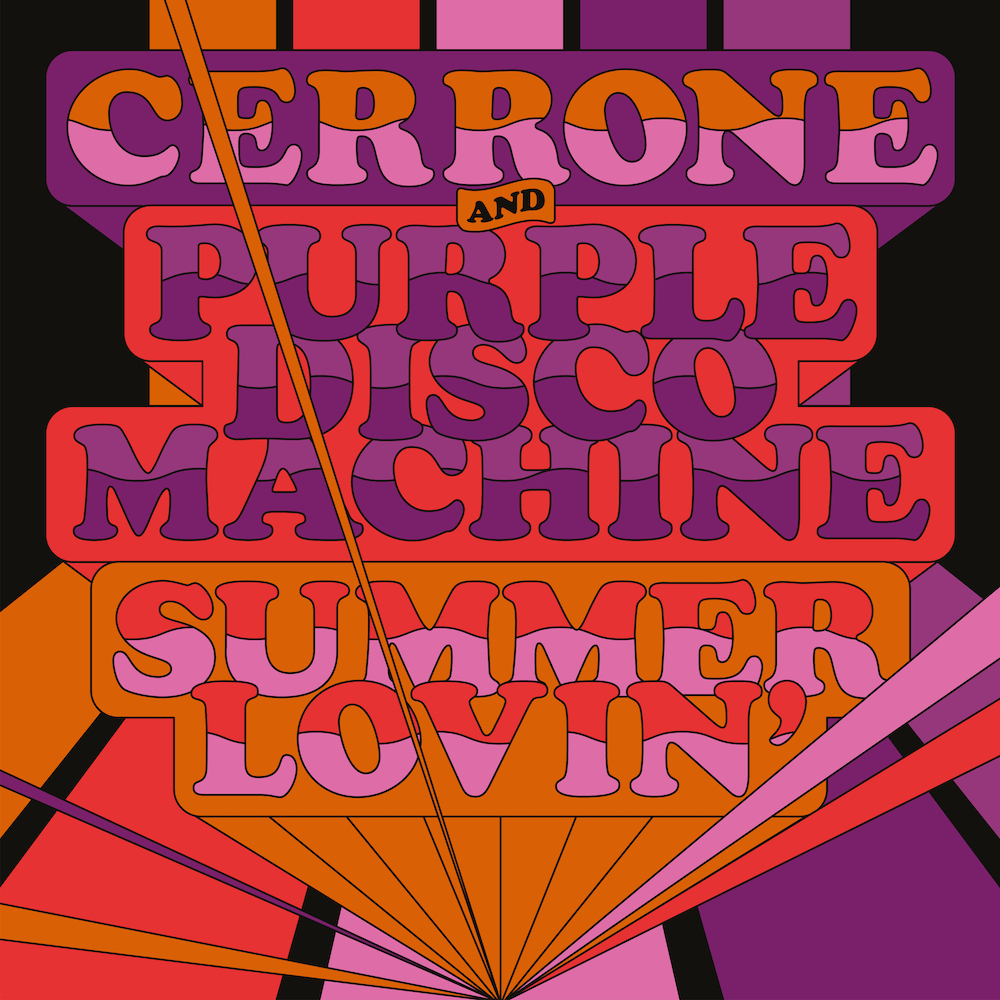