Vicious’ Be Rich Records, (formerly Vicious Bitch), is where Peking Duk first released music and ‘High’ (featuring Nicole Millar), to this day is Be Rich’s most streamed track, not to mention Peking Duk’s all time most streamed track…
Yes… it was, is and always will be, massive!

So as we celebrate the 30 Years of Vicious, with many significant back catalogue highlights getting remixed, who better to tackle this true anthem than the queen of disco Mell Hall.

Mell brings her vibes to ‘High’ with a killer groove… Think fat beats, funky bass and her customary disco swagger. Add luscious piano’s, lovely chords, then drop the iconic Nicole Millar vocal on top and you have a genuine weapon of a remix that is primed to take ‘High’ onto dance floors once again in 2022. 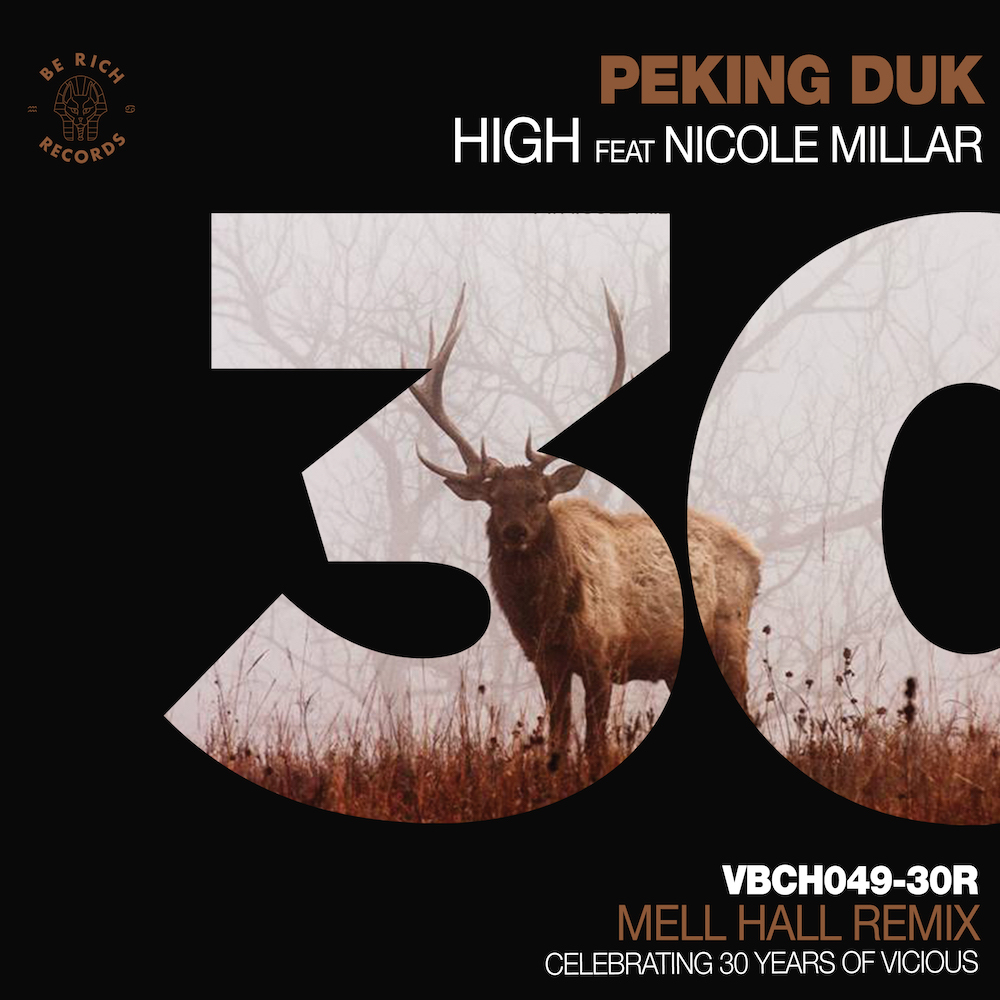