The Shapeshifters  dedication to his craft has resulted in singles that stand up alongside golden era disco records.

His rich relationship with Glitterbox has yielded instant classics that epitomise the label’s ethos for preserving disco’s mission to uplift and empower.  Now his latest release ‘Finally Ready‘ with the Grammy, Tony, Emmy Award-winning Billy Porter, receives the remix treatment from Dimitri From Paris .

Bringing the sound of Paris with his signature stylish flare, Dimitri delves into the disco vaults for an inspired pair of remixes.

The joyful message of ‘Finally Ready’ continues to shine through on this blissful package, with the previously unheard ‘Finally Ready’ Reprise and Extended Monologue Mix. 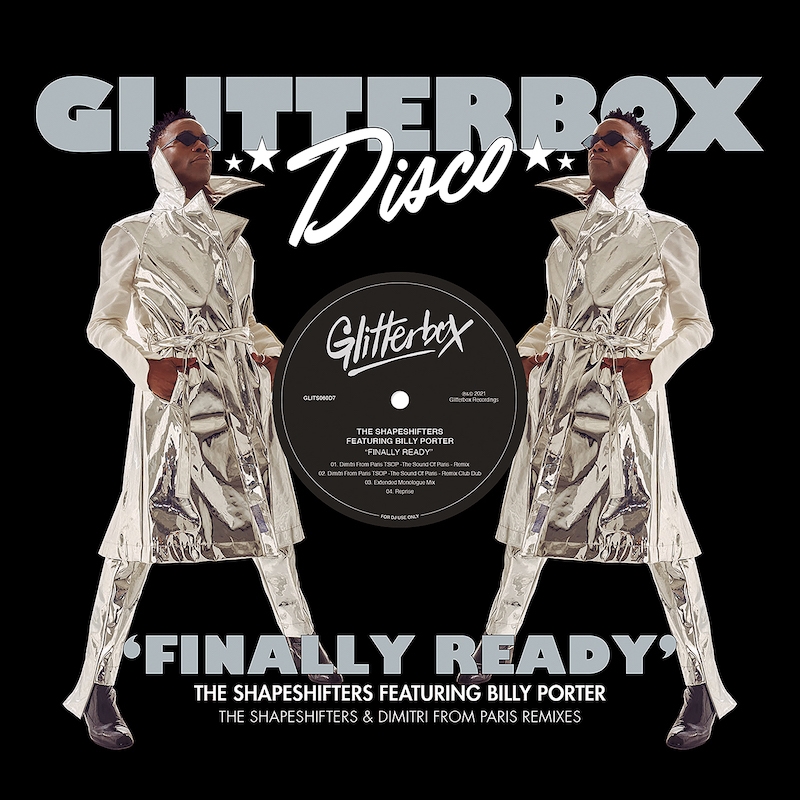