I’ve got this mate, let’s call him Johnny. And of course, like all Aussie’s, he’s a legend. But like all humans, he’s not perfect and one specific downfall, is his incessant name dropping.

Take the other night for example. We were at a party and all of a sudden, Johnny launched into a story about a buddy of his who was a big deal in the country music scene. Not so interested, I went to grab a drink only to return to him telling another story about another “famous” person, this time a massive DJ with Grammy noms and Grammy wins to his name.

I went for another walk but alas, when I got back, here he was talking about some guy in this Jamaican American dance hall group that were huge. “That’s wild,” I heard someone say. “I can’t believe that’s all the one guy.”

I was intrigued now as it seemed the country music dude, was the DJ dude, was the dance hall group dude. It didn’t really make sense to me. It was like telling me your doctor was also your lawyer and your electrician.

But life can be stranger than fiction and Johnny was talking about none other than DIPLO who really has pulled off all these different hats. So would it be so weird that he’s also pulled off this

DON’T BE AFRAID – feat JUNGLE and DAMIAN LAZARUS  bringing together UK band JUNGLE – who walk the line perfectly between dance, pop, rock and electronic on the one hand

And UK DJ/producer/world renowned tastemaker DAMIAN LAZARUS – a true pioneer of the underground house music scene on the other – to create a song so instant, so feel good that it won’t matter whether your front left at one of Damian’s Day of the Dead parties, backstage at a Major Lazer concert or Jungle is your favourite band, fa sure you’re gonna dig it.

I’ve gotta run. It’s time to wrap Johnny up. He’s now talking about a guy that has a project w Mark Ronson and some other dude that’s got a project with Skrillex…. 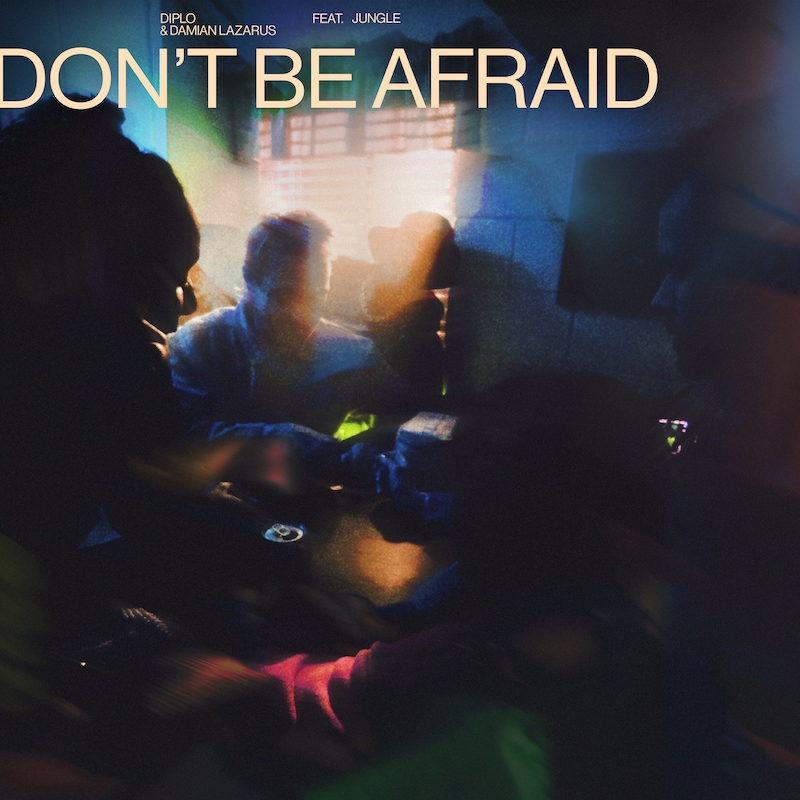