Combining robotic synth stabs, melodic breakdowns and Love’s hypnotic vocals, the DJ Tennis remix of ‘Stronger’ is a meticulously crafted club cut that unfolds patiently across its seven minutes. The acclaimed original has now clocked up nearly 300,000 Spotify streams after being crowned as the first ‘Essential New Tune‘ of the decade by BBC Radio 1 legend Pete Tong.

Real name Manfredi Romano, DJ Tennis has released music on some of the most respected labels in the electronic underground, including Kompakt, Running Back, !K7 Records and his own Life And Death imprint. He has also remixed tracks from the likes of Loco Dice, Bob Moses and Rampa.

Kaz James has risen to the upper echelons of the DJ world in recent years, crafting hit singles like the revered ‘Through Your Love’, regularly performing at Burning Man, Hï, Ushuaïa and Miami Music Week. ‘Stronger’ marked his first single release of the new decade.

A member of both Hot Natured and Infinity Ink, Ali Love is one of the most respected singer-songwriters in dance music, collaborating with the likes of The Chemical Brothers, Justice and Roisin Murphy as well as releasing on Damian Lazarus’ Crosstown Rebels amongst others. 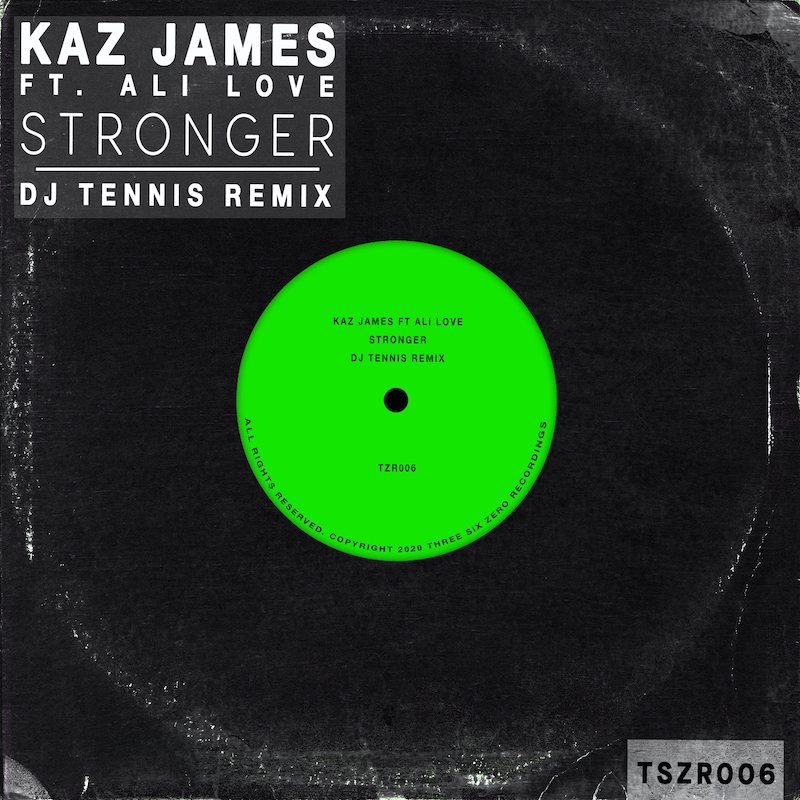