GOLD RVSH join forces with MIYA MIYA on a new fresh version of the Luther Vandross’ classic ‘Never Too Much’.

‘Never Too Much’ delivers a tasty VIP reshape, which ups the tempo and ignites as a piano houser. While the original is a blissful 114 BPM poolside stunner.

Icelandic native Sveinn Marteinn Jónsson & Londoner Reggie Green crossed paths in a recording studio through a mutual friend where they quickly began working as writers, producers, and engineers for artists alongside making tracks for European dance heavyweight labels Spinnin Records & Armada. Soon the duo realized they wanted to spread their own wings and GOLD RVSH was born. Their remix of Disciples ‘Jealousy’ has already reached 15 million streams on Spotify.

Four-piece MIYA MIYA found each other while still in university where they formed a songwriting team with the aim of producing music for other artists. Their time as a song-writing quartette led them to rack up credits such as the hit ‘All Night Long’ by Jonas Blue & Retrovision. 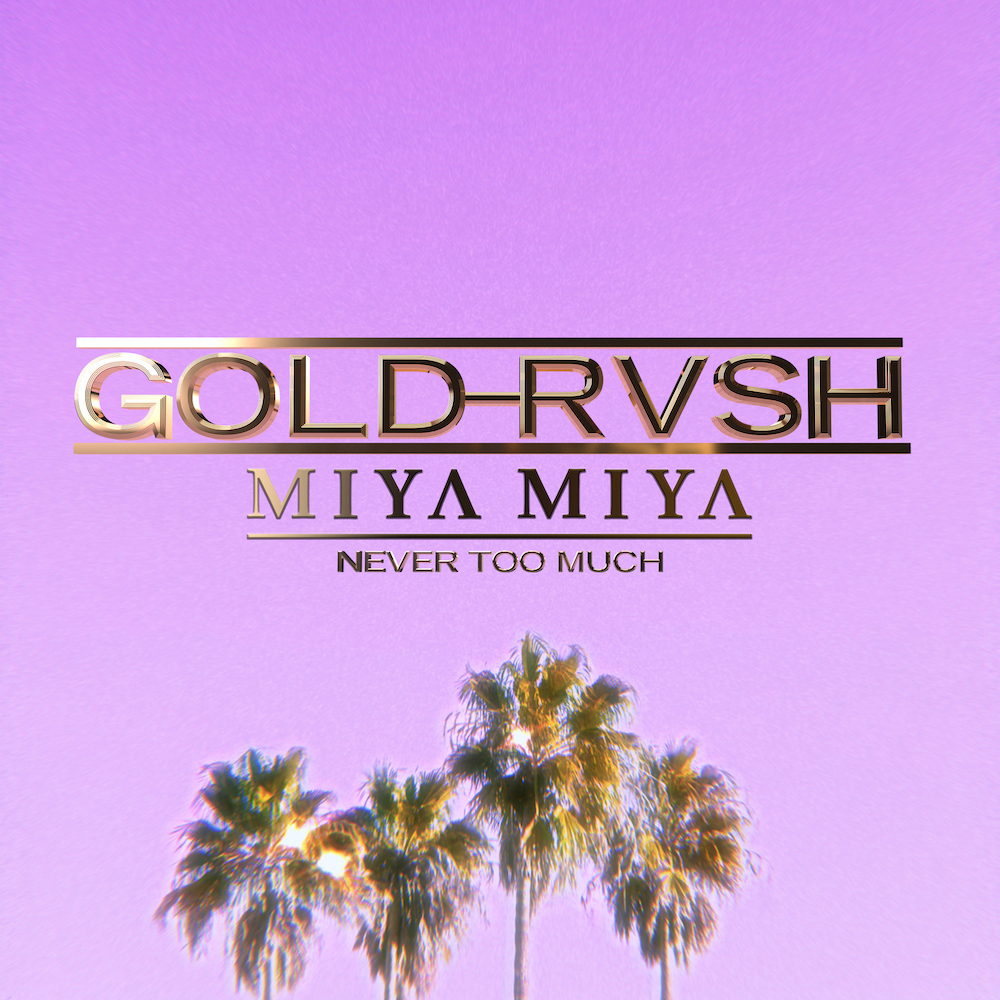