Horse Meat Disco unveil the latest preview of their forthcoming album ‘Love & Dancing‘ with ‘Message To The People‘, featuring one of the main co-artists on the LP, Amy Douglas, alongside soul trio Dames Brown.

A record that started as an adaptation of the Shirley Caesar original, recorded in the studio with the Dames; Horse Meat Disco and Luke Solomon then headed to Amy’s native Brooklyn, where she wrote her verses sat at the piano for this sublime disco jam.

This package features remixes from some of the genre’s most revered artists, each turning their hand at this labour of love. Opening with Horse Meat Disco, Amy Douglas and Dames Brown‘s original, unrefuted master of the edit Danny Krivit delivers a blissful, club-friendly extended version next, making full use of the longer playtime with a funk-fuelled, journey-like mix.

Chicago legend Kelly G. follows with his Get On Down Dub, stripped back with lingering organ chords that channel a gospel house vibe. Finally, the Key-A-Pella closes out the release, an essential DJ tool that allows Amy and Dames Brown‘s vocals to really shine. 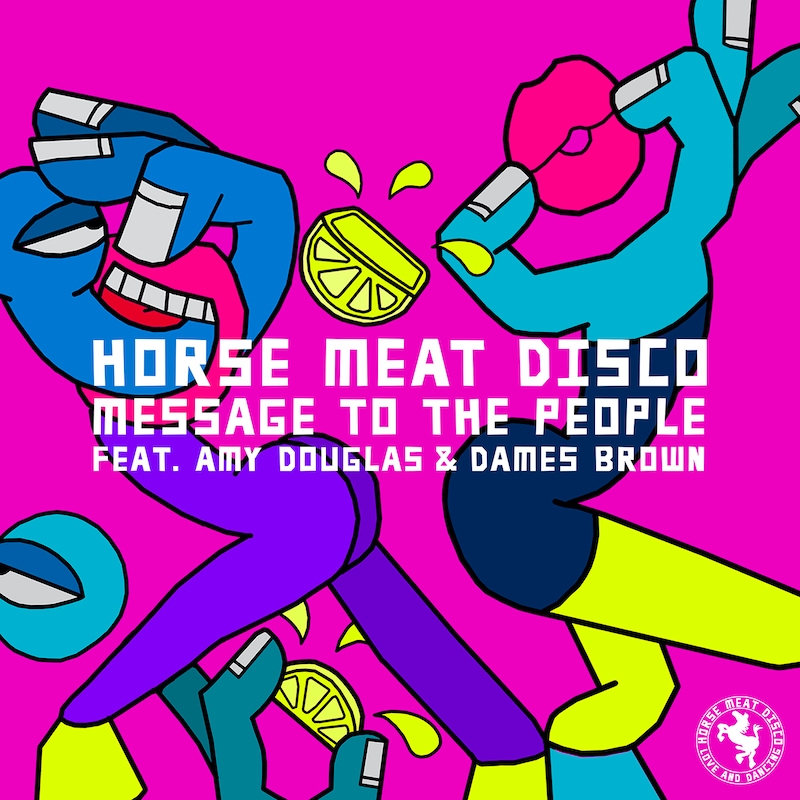