With summer finally in full swing and clubs in Ibiza, and the world over, opening their doors once again, multi-platinum global hitmaker Jonas Blue unleashes his brand new remix of Grammy Award winning DJ/Producer, David Morales’ international hit ‘Needin’ U’.

Jonas Blue reached out to David Morales during the pandemic with the hopes of bringing his classic dance floor anthem Needin’ U to a brand new audience 24 years after its initial release. The 1998 original stemmed from Morales’ clever sampling of The Chi-Lites’ ‘My First Mistake’ and Rare Pleasure’s ‘Let Me Down Easy’ – the result was a track that was never meant for release. However following a huge reaction from fans, and a rush to clear the samples, it was dropped and went on to worldwide success hitting number 8 in the UK singles chart and number 1 in the Billboard Dance charts.

Jonas Blue says “David Morales has always been a big inspiration for me. I always wanted to remix his track Needin’ U and after the pandemic and with the world starting to return to the clubs and dance scene it felt like the right time to bring a fresh take on this monster of a dancefloor classic. I’ve been playing it out for a while now and am so hyped to finally release it just in time for summer”

Jonas Blue is pleased to bring to the world his update of Needin’ U, in which he has refreshed this timeless classic with new beats and a thumping bassline, whilst still retaining the true essence of the original. With full approval from David Morales himself, Jonas Blue brings his joyful version of Needin’ U into 2022 – and we’ve never needed it more. 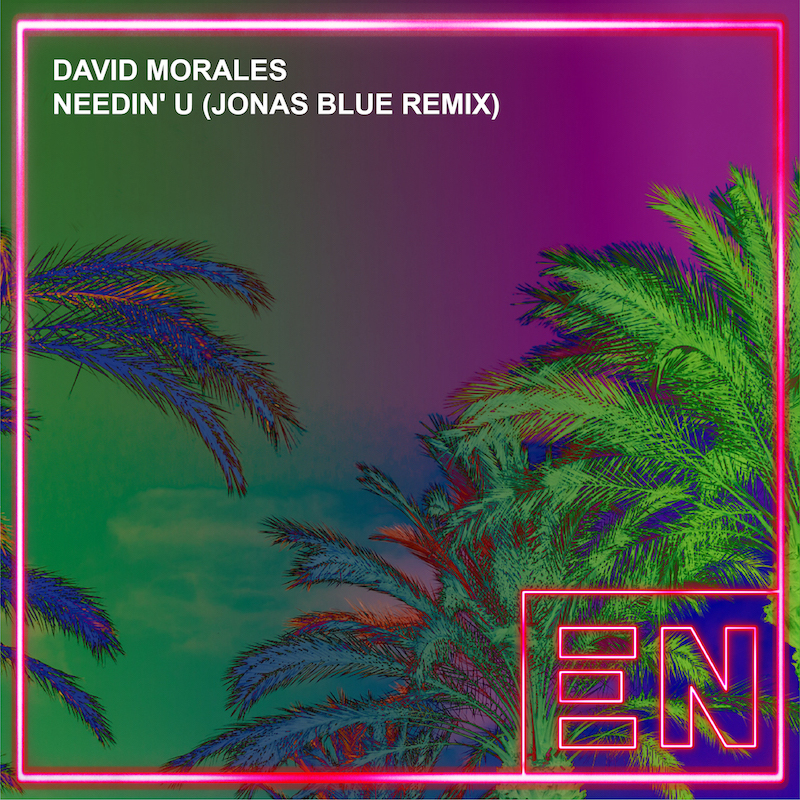