The patent success of ‘Spotlight’ by Danish breakthrough producer, DJ and label manager S.A.M. featuring the striking vocal of Sarah Ikumu has been demonstrated by the widespread support from tastemakers across the globe, including Danny Howard on BBC Radio 1, and esteemed club DJs like Chris Stussy, Sam Divine and Simon Dunmore.

Now a pioneer in the world of uplifting house music and co-founder of the legendary Peppermint Jam Records Mousse T. steps up to the plate to deliver two remixes of the record.

With a career that spans three decades and a Grammy nomination for Best Remixer Mousse T. has no qualms about delivering his trademark Shizzle and Discoid mixes, showcasing an innovative production style. The result, a package that further positions ‘Spotlight’ as the sing-along record of the summer, while readying it for new dancefloors. 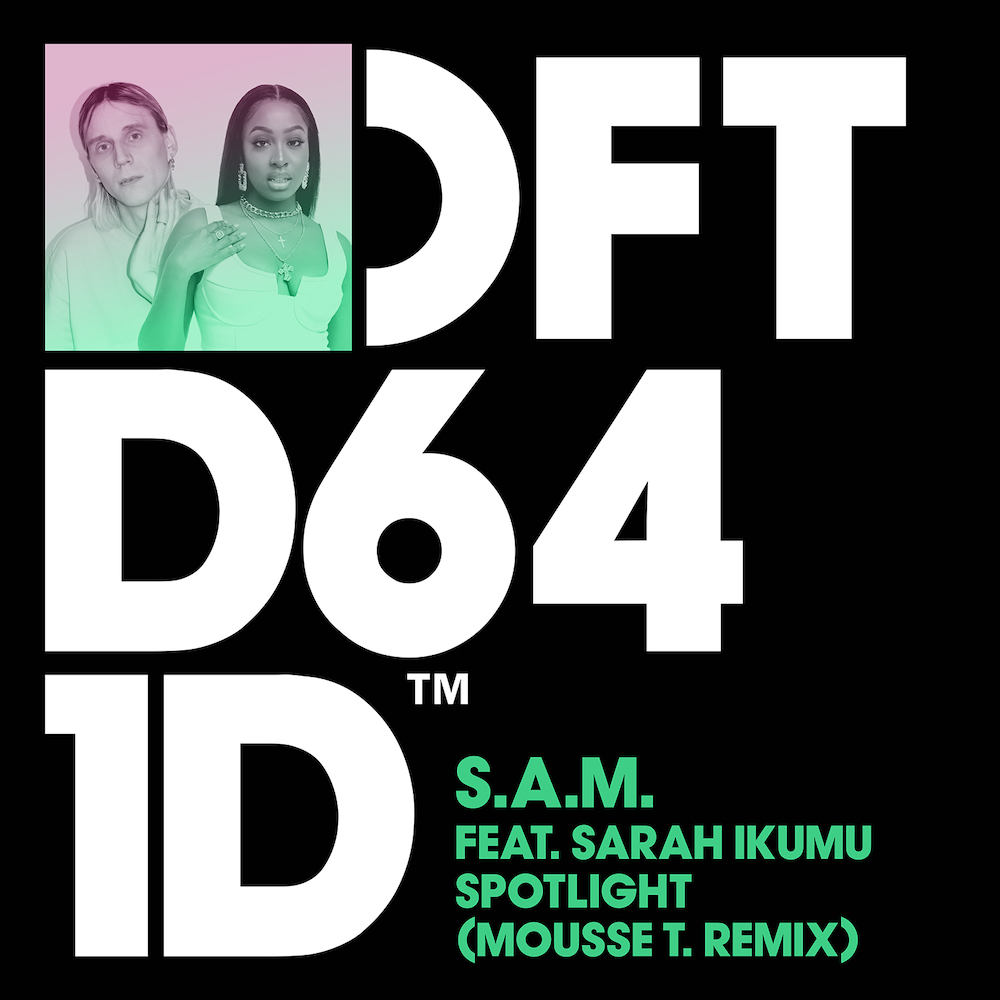