Tokyo-born, Sydney-based Nyxen, aka Chelsea Lester, has had an explosive career since she first arrived on the scene in 2015.

Amassing millions of streams and garnering a loyal following in the process, she’s graced some of Australia’s brightest stages, sold out her own headline shows, supported the likes of Crooked Colours and Golden Features, had multiple songs added to triple j rotation and become one of the country’s most revered multi-instrumentalists, producers and artists. Now, in 2020, she turns a new leaf and commences another promising chapter with even more challenges she can’t wait to overcome.

From smash hits like ‘Running’ and ‘In The City’ to more recent cuts such as ‘Insomnia’ and ‘Red P Plates’, Nyxen’s sound never remains in one place for too long. It weaves deep, emotive electronic foundations with indie sensibilities and universally relatable lyrics to leave its mark on her listeners with each and every release.

Nyxen now turns her sights to the next challenges in the form of her own record label, Tank Top Records, and getting ready to release her debut album. Created as a platform to release music Nyxen herself believes in, she sees Tank Top Records as more of a family than anything else.

Her new single Nightmare continues her exploration of 80s influences seamlessly weaved together with her vocals. For the creative direction of the record she once again adds versatility and variety to the broad but still refined Nyxen sound.

Demonstrating a complete rejection of traditional genre constraints, Nyxen has spent the last five years crafting a star-studded career while simultaneously finding herself. As she steps back onto centre stage, the only thing for certain is Nyxen is set to continue to defy expectations and do the thing she does best. 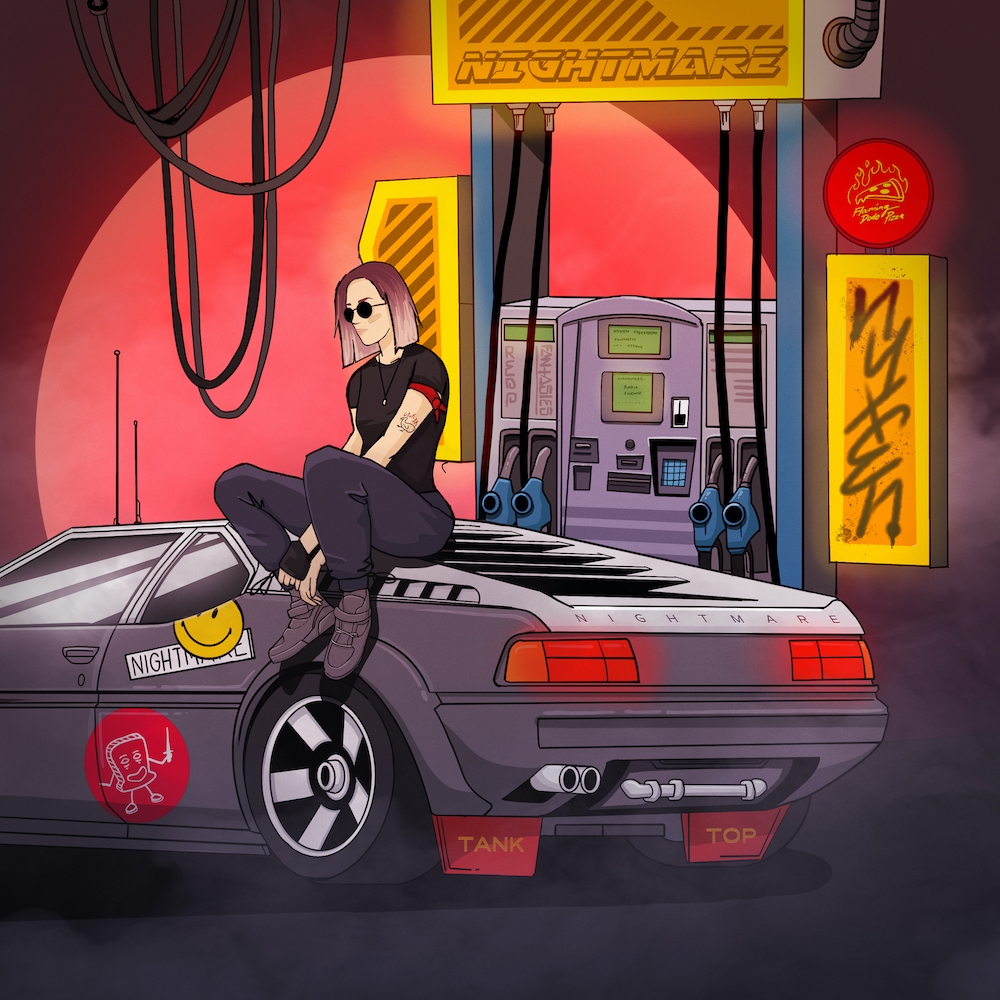