One of Australia’s most enigmatic producers, Sidwho? makes his Glitterbox debut with ‘Shake (Your Body)’, a retro disco jam with a slick, modern twist.

With his eclectic array of productions supported by DJs of the highest order, ranging from Todd Terje to DJ Harvey, his unique blend of cosmic disco and Balearic house shines through more than ever on this release.

Kicking off with Sidwho?‘s grooving original, the release also features remixes from Yuksek, Hot Toddy and Leonard Part Sixx to fulfil all your disco requirements. While Yuksek lends his French Touch sound to the release, with his achingly-cool production style, Hot Toddy brings an 80’s electro boogie sound to the release, with shimmering synths and drums, finally Leonard Part Sixx’s The Underdog Re-work takes a direct dancefloor approach, stripping back from the original’s closing diva vocal and allowing the exquisite strings to take centre stage. 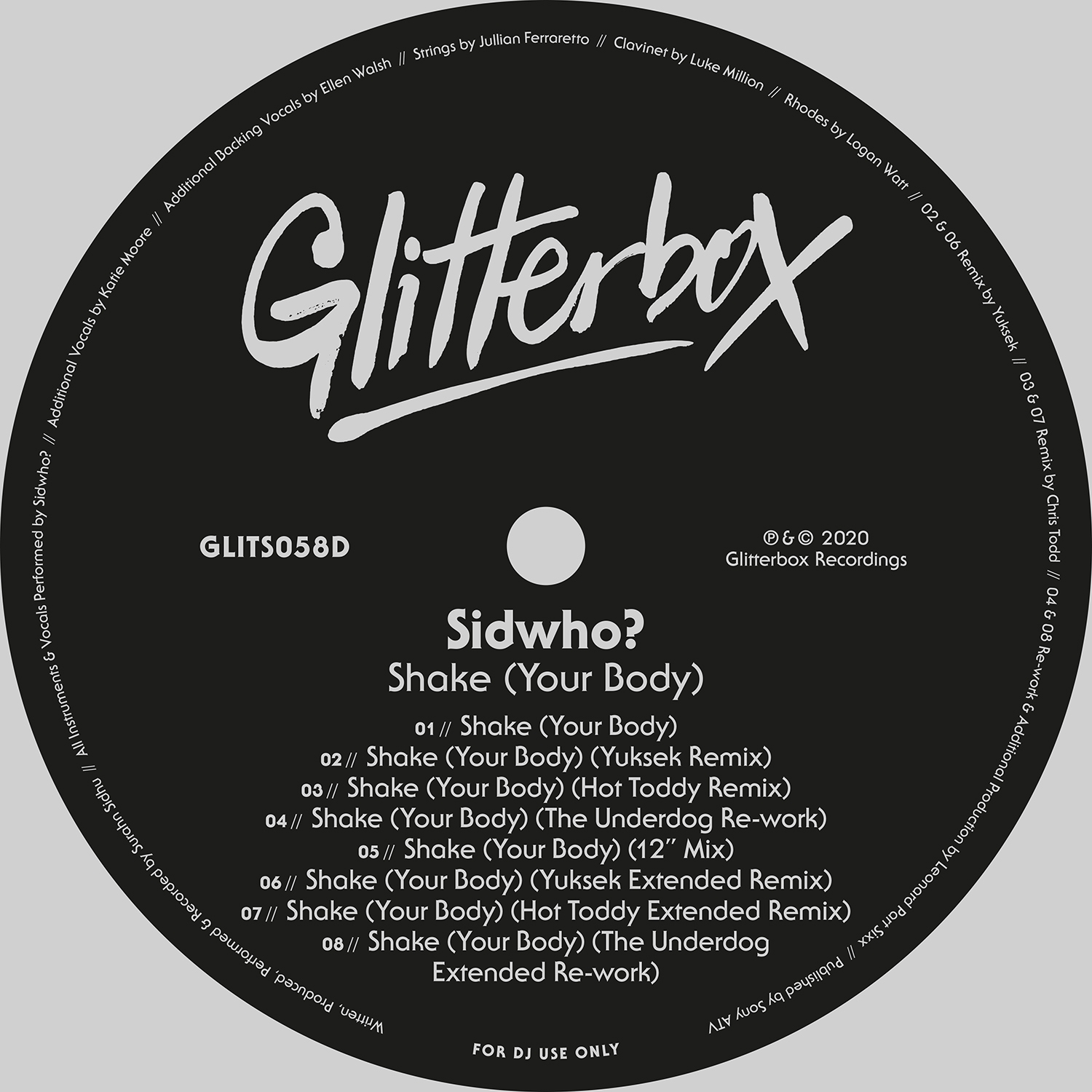