Techno
Sunshine and Disco Faith Choir “Welcome To The Dancefloor”

2016 saw the sun beam through the windows, while the music raised the hands of the masses and the hearts of revelers lit up in gold.

It was the time Sunshine and Disco Faith Choir came into the world with open arms and voices, to change the way the people rejoiced. Born in Melbourne, Australia, with a dream to impact the world, the Disco Faith Choir is the blessing of Sunshine- one of the city’s renowned DJ and producers, who was raised on the dancefloor and found community on the dancefloor. Her music has spread to the masses over the last two decades, from soul moving house music and disco to the depths of the techno hues dance floor devotees love and adore. With a desire to unite anthemic club tracks with uplifting gospel and soul vocals, bringing an energy to the room unlike anything else. They truly welcomed their faith- the disco.

Sunshine and Disco Faith Choir’s latest musical offering ‘Welcome To The Dancefloor’ is a celebration of that very dance floor they love so much, with undertones of how much they missed it during the Australian lockdowns. It’s a high energy driving techno journey with Disco Faith Choir starwalt, Sean Donehue’s, uplifting vocals building to a climax that will have you shouting praise at the top of your lungs. Releasing on Disco Faith Recordings. The release features a stand out remix by one of Australia’s most sought after electronic acts, Market Memories. It’s only a matter of time before these boys are mixing it with the best internationally.

A true ode to dancefloor salvation, Sunshine and Disco Faith Choir serve to share the gospel of Disco Faith with those whose enthusiasm lives in the hands of the music. 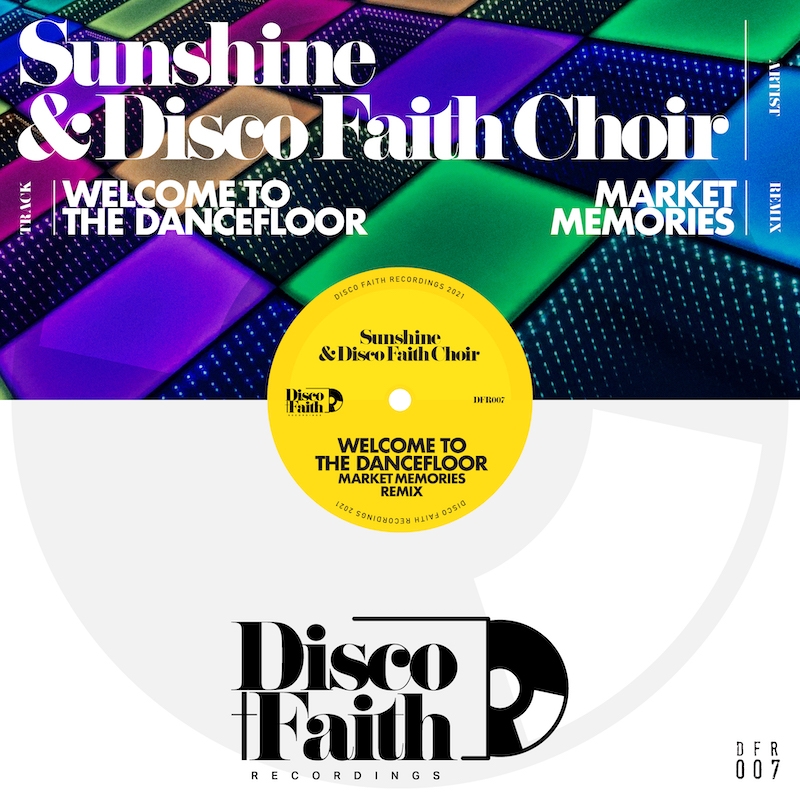