House
Yolanda Be Cool & Dcup “We STILL No Speak Americano”

I remember the day AJAX gave us a call. We (YBC) had just released a song called Villalobos for Presidente and to us, it was killing it. Brodinksi had left positive feedback and Zombie Disco Squad had played it in Paris. To our minds…job done.

Jaxxy, ever the over-achiever, didn’t see it that way.

He went on. “You guys are so fun. Why don’t you make something fun. That everyone can play.”

As he was our hero…..we had no choice but to listen…and as luck or fortune or whatever you want to call it….would have it…we had just stumbled across a very fun sample by a legend from 1950’s Italy named Renato Carosone and to our pleasant surprise…..this 1950’s Italian folk song sounded just as sweet at 125bpms as it did as its original 95 bpm. So we chucked it into the sampler and with the help of our brother DCUP spat out what we thought was a fun little party jam.

We sent it back to the JAX waiting for his pages of notes (as was usual) but alas….we just got a “YES boys. This is what i was talking about.” He had no notes and immediately started smashing it. He started the fire but from there…it went to number one on the ARIA club chart to number one on beatport and then all of a sudden we were doing interviews with UK press asking how it felt to be the first Aussies to have a number one in the UK since Peter Andre.

Surreal af was def our thoughts…if not our answer to that…and so began a crazy little journey that we neither planned for or dreamt of and while it did have its pitfalls (I mean….we def disappointed a few crowds by playing our number one amongst house records we loved – as opposed to our number one amongst other commercial hits as they may have expected)…the upside was 100000% gratitude for launching our careers and getting to see the world doing what we love….from Oman to Amnesia….it was a song that transcended ages, political views and race to just make people happy,

Oh…and then it kinda became a joke…so overplayed that it was a youtube sensation for cats to dance to…..and we were getting offers to dj with jersey shore’s pauly d when all we wanted to do was go see Jamie Jones at DC10…so we retired the song (google Yolanda Recall if you don’t believe us) and for pretty much the last 7 years…its lay dormant…..almost never appearing in sets and def not conversations….

But like the girl with the gap in her tooth….who becomes a supermodel…we’ve decided that now….10 years down the line…it was something we did that we’re proud of….and to celebrate…..we got back with our boy DCUP to do a cheeky 10 Year Anniversary Mix. I mean, let’s face it, with all that’s gone wrong this year, maybe we do need more cats dancing and something that can unite across race, religion and political views.

So here it is. Our 10 year anniversary edition. We hope it doesn’t become as annoying as its predecessor and we hope it brings a cheeky smile to your face, either for the sake of nostalgia or a fresh memory.

But because we do love da clurbs….we got a few of our friends we’ve made along the way to remix it.

SLLASH n DOPPE were instant heroes of ours with their tune AGUELLA (surely our most played song of the last 18 months) so we asked them to refresh the tune in their inimitable style. And they absolutely nailed it…..we calling this calypso tribal party tech.

Then Brazilian superstars CHEMICAL SURF stepped up after we smashed so many of their tunes…we asked them to give us a rub and they sure did…..hold tight festivals…

And last but not least…Japan’s answer to Skrillex, Boys Noize and Diplo combined, aka JAXX DA FISHWORKS ….well…he’s our buddy and he’s sick and he’s gone all Night Bass on it…..

Much love from Andy, Matt and Duncan 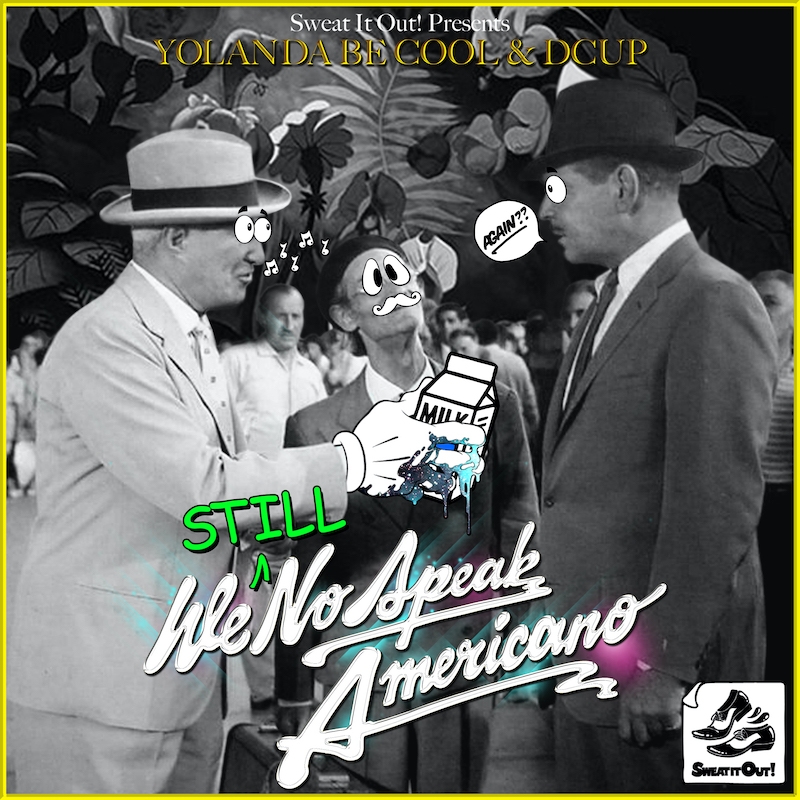