Carl Cox delivers a pitched-up, refined rework of ‘Can’t Fake The Feeling’ that further accentuates the infectious dancefloor energy of the original. Carl Cox‘s delicate and subtle remix is an ode to the original which was released in 1980 and topped the US Dance chart for seven weeks, also peaking at #58 on the US Soul chart and #44 on the UK Singles chart.

To celebrate 40 years since the label was inaugurated, Unidisc is utilising its extensive and plentiful supply of dance music classics to create an exceptional collection of remixes from an all-star cast of today’s dance music talent. It was kick-started with the Claptone remix of the Trans-X classic ‘Living On Video‘, Jacques Greene’s take on the Lime favourite ‘Babe We’re Gonna Love Tonight’ and Alan Fitzpatrick‘s club-ready rework of ‘Let The Music Play‘ by Shannon, with Purple Disco Machine among the artists still to contribute to this exciting anniversary project. 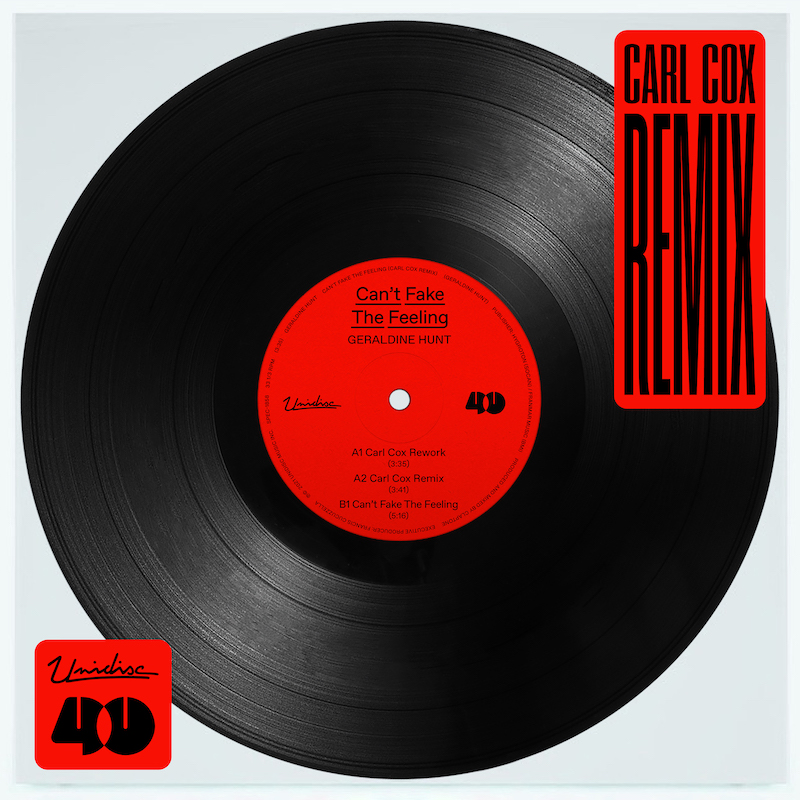