The title ‘Happiness’ says it all when this meteoric tune drops and instantly connects the crowd. Verified hit makers from the House scene Super Disco Club deliver once again.

Expect a standout tune that will ride atop the charts without question and sure to remain central to DJ sets worldwide for many years to come. Expect a straight up vocal number that effortlessly navigates between the uplifting House and Nu Disco scenes, whilst standing proudly with an abundant commercial edge. This is both accessible and cool in equal measure, and this almighty package comes with an incredible array of remixers including Earth N Days, and JARC, all adding their own special guild of gold ensuring this single shines high above the masses. Feature vocalist and Pointer Sister Sadako provides an outstanding performance, clearly dictating we “Keep that goodness coming” … and Super Disco Club certainly do.

From beginning to end this song screams ‘anthem appeal’ with an energy that’ll lift any club. Dropping this peak Summer release, Vicious Recordings continue their rise to international acclaim, expanding their mountain of hits across an enviable 30 year career. It’s time to fire up the party, press play… and simply let the music do the talking. Nobody can deny the immediate Happiness on offer here! 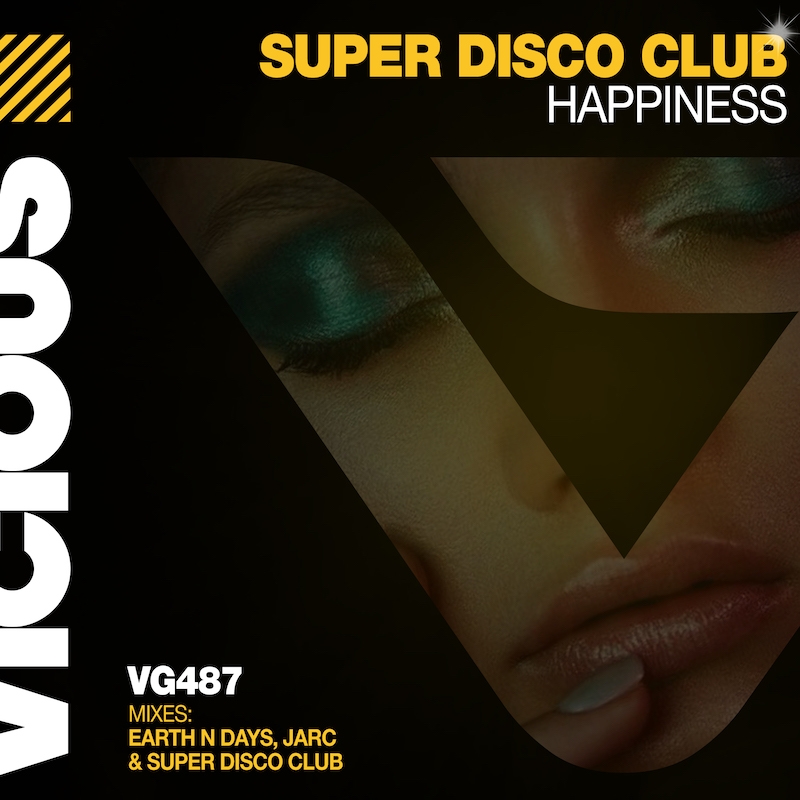