House
Super Disco Club “We Are One”

Super Disco Club are no strangers to the dance floor.

Evolving from the days of early 90’s house Andy Van started out as a DJ who’s Madison Avenue project catapulted him to international dance floors. Since that time Andy has remained implanted within the electronic music scene for longer than most of today’s producers have been alive. Setting up Super Disco Club with singer / songwriter and now wife Cassie Van was a natural progression, combining both musical talent and their mutual love of everything Disco.

Their lead single “We Are One” is already weaving its magic in leading DJ sets and paves the way for an onslaught of new releases throughout 2021 and beyond.

The original version of “We Are One” is laden with hooks, timely vocals and tightly woven rhythm and bass, touching on the French Disco revolution, with classic and Nu Disco values topped off with a touch of modern House flavour. Remixes come from Birdee, who drops a slinky funky version that turns up the groove and down the BPM, as well as Sgt Slick, who amps up the disco bed bringing even more energy to the already throbbing euro disco vibe of the original.

Super Disco Club only care about smiling faces & thriving places, providing dance music for the fun side of clubbing. They bridge gender gaps and race with the all-inclusive phrase ‘ WE ARE ONE’, a sentiment they eat, sleep and breath 24/7 and that shines through not only on this release, but also on their forthcoming releases. 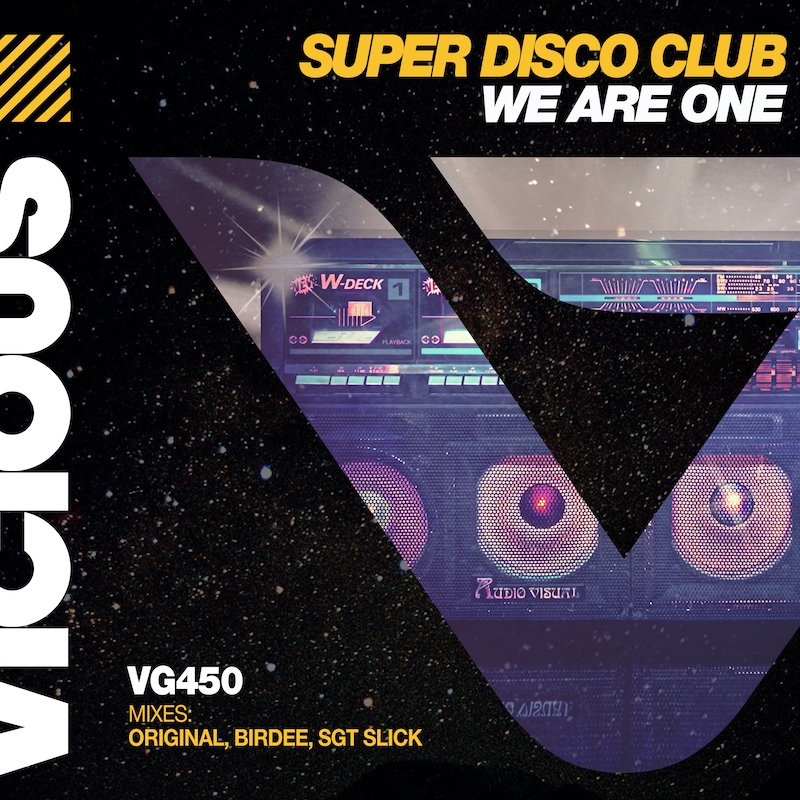